Blogger, poet, and author of funny smut. Books that are out now: Salty Aftertaste, Queer Dirty Laundry, The Garden of Fibs and Sin, and Mixed Tape (Poetry)

I've always said birthdays should be celebrated all month long! To celebrate my birthday (April 14th) and Kevin Matthews' birthday (April 29th) you can pick up both my ebooks for less than $3.00! (Originally $8.50)

Sale is good ONLY at All Romance Ebook Store (ARe)

Happy reading. I hope you enjoy the books.

To the fans of both books, thank you for the support and there's talk of another Jason and Kevin adventure being published possibly next year.

The Garden of Fibs and Sin (Filthy Fibbers Prequel)

Any of my booklikes peeps creative? I need artists and doodlers! http://jlloydbooks.blogspot.com/2015/03/mixed-tape-poetry-artwork.html

Read an Ebook Week is Smashwords' international celebration of ebooks! For one weekly only, thousands of ebooks enrolled into the event will be offered at deep discounts in the Smashwords Ebook Store!

Both of my books are being offered at 50% off their list price!

Use coupon RAE50 at checkout for 50% off during the promotion.

Offer is good through March 7, 2015 and only at Smashwords Ebook Store.

Smashwords is having their special Read an Ebook Week Sale. Both my books are on their list for 50% off. Use the coupon code listed on the site for the discount. Offer is good until March 7th.

Last Week to Use Discount Coupon It's the last week to get Salty Aftertaste for 99¢ Use coupon code: QU77M at checkout.

A Couple Things Happening This Week

Here are a couple sales going on this week for my books. Check them out. There are some HUGE savings! 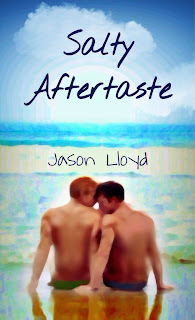 You can get this entertaining, crude, funny nonfiction book at Smashwords for $0.99 (List Price $4.99). Use coupon code: QU77M at checkout. https://www.smashwords.com/books/view/360518

Salty Aftertaste was a best seller in 2014 at All Romance Ebooks and Smashwords. 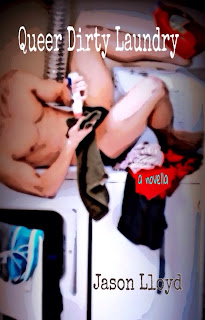 My second book Queer Dirty Laundry is currently FREE (List Price $3.50) for Amazon Kindle! It was also a best seller in 2014 at All Romance Ebooks, Smashwords, and Amazon. Visit http://www.amazon.com/dp/B00JVWQGS8 to download. It will only be free for a limited time, so act quickly before Amazon changes it! Dreaming About Summer? How About a Coupon? Do you want to build a snowman? F*ck no! If you're anything like me you are hating on winter right now! I'm tired of the snow and the cold, so I'm going to daydream about speedo-clad boys covered in coconut scented body lotion. It's a lovely thought, isn't it? Can't ya just smell the lotion?

Let your imagination run wild with my first book Salty Aftertaste. Get it today for $0.99 at Smashwords. Click on the link below and use coupon code: QU77M at checkout. https://www.smashwords.com/books/view/360518

Don't you wish this was you right now?

***Coupon expires March 2, 2015. Coupon can only be used at Smashwords eBook store. Use the Rafflecopter link below to enter the giveaway to win a copy of Salty Aftertaste or Queer Dirty Laundry!

You have to perform at least one the of the Rafflecopter tasks to enter. The winner will be picked at random. This contest is only open to people that have Twitter accounts. I promise I will do another giveaway in the future for those that do not have Twitter. Contest ends 1/30/2015

I'm working on a new series called Filthy Fibbers. It will definitely be a guilty pleasure and have something for everyone. If you're interested, follow my main character Daniel Darling II on twitter @FilthyFibbers. He'll tweet quotes from the book, random thoughts, clues and some naughty stuff. This is going to be a strictly NSFW account.

The Garden of Fibs and Sin (Filthy Fibbers, Prequel) will be published in March!

This garden of fibs and sin has roses that are red with blood.

Daniel Patrick Darling II is gorgeous, rich, and conceited, with just the right amount of bitch. You may think he has it all; friends, money, power, but all those things won’t help Danny when he mysteriously vanishes one night after hanging out with his best friends. Danny is loved by few, but, unfortunately, hated by many. Anyone could have been behind his disappearance.

This Filthy Fibbers prequel rewinds one day before Danny’s disappearance. Danny rendezvous with his ex-boyfriend, has a tryst with a new secret lover and receives threatening messages from an anonymous stalker that wants to destroy him and everyone he loves. Danny has had a privileged life and now his world is about to change forever.

Has Danny’s insidious past finally caught up with him? He can’t outrun what he did. Danny’s deadly secrets have deadly consequences and in this filthy garden full of thorns, someone is bound to be pricked. Just wanted to let everyone know that my book Queer Dirty Laundry is set to “Reader Sets The Price” at Smashwords. It will stay this way until the end of the month. Happy reading!

For my blog Queer Dirty Laundry I am accepting submissions for guest posts. The only requirement is the post has to be gay themed. Click on the link to find out more info and use the email address provided if you have any questions. Do what makes you happy.

The Garden of Fibs and Sin (Filthy Fibbers, Prequel)

Hey guys, today the product page for my next book is up on my author website. Check it out.